Posted on September 29, 2012 by John Boyd Macdonald| Leave a comment 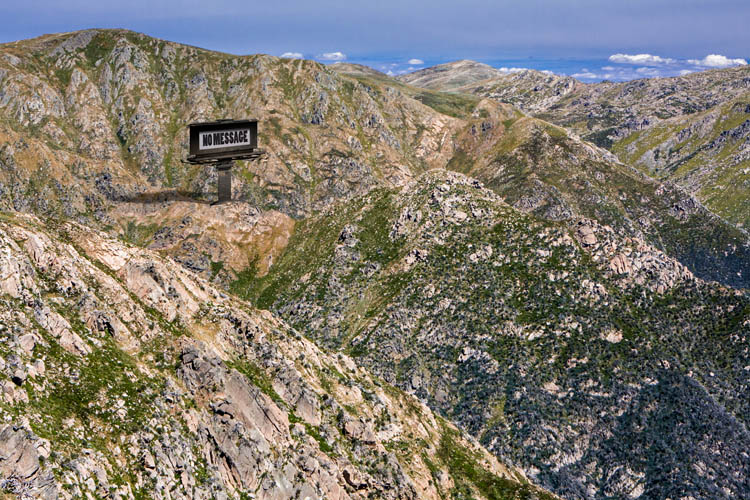 Watson’s Crags lie on the steep western side of the Kosciuszko Main Range, between Mt Twynam and Mt Townsend.

It’s a rugged and rarely visited part of the mountains, several hours walking or skiing from the nearest road or ski-lift access. In Winter some intrepid skiers brave the steep slopes, and in summer a very occasional bushwalker, but mostly it’s left undisturbed by humans. Unlike much of the region, people have made no claim to the land, don’t try to ‘make use of it’, and are content to just let it ‘be’.

So if this land could speak, I imagine that it would talk with its own voice, unsullied by any accretions of human aspiration or ambition. In this image, a massive billboard has been constructed to allow the land to speak to us with its own voice, and its message is…. “No Message”.

This image relates to an earlier “No message” billboard, this time sited on the other side of Mt Townsend. Click here to view it.