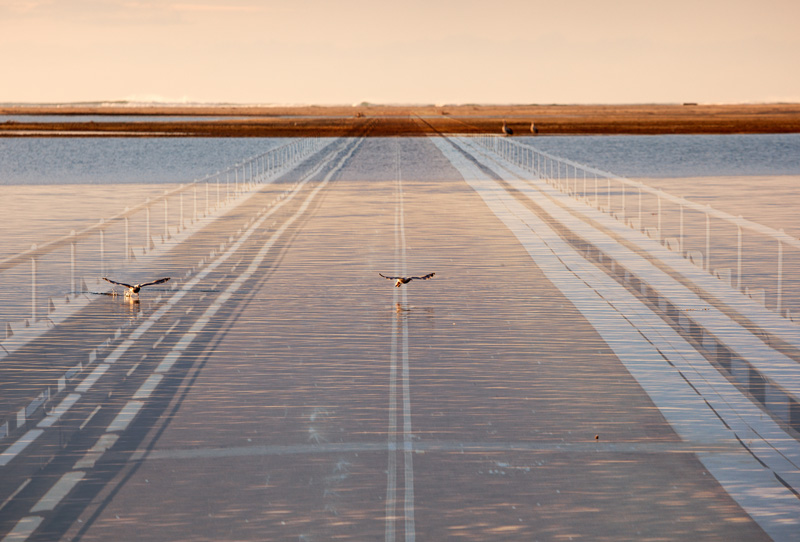 The base photograph for this image was taken in Mallacoota, looking across the Genoa River inlet towards the ocean. Large numbers of pelicans frequent the area, attracted in part by the fish cleaning benches at the public boat launching ramp. Two them are seen to be taking off, in their ungainly way.

The overlayed bridge appears to have been immersed by the waters of the inlet, suggesting this to be a flooded place of human occupation. 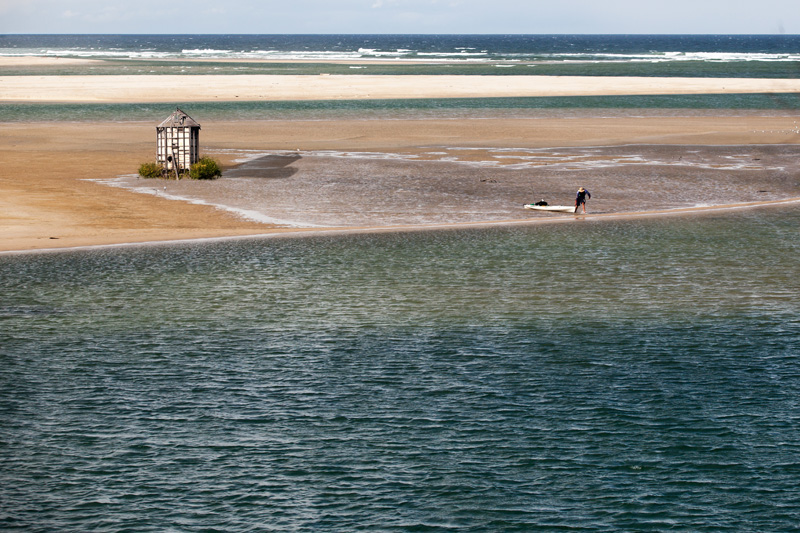 At the Mallacoota Inlet, a complex system of sandbanks defines the passage of the Genoa River as it reaches the ocean, near the conjunction of Bass Strait with the Tasman Sea. At low tide the shallow platforms of sand emerge from the waters of the Inlet.

In this image I wanted to transform the view from a tidal landscape to a scene suggestive of future inundation, by placing a semi-derelict building and surrounding garden plants onto the sandbank. Surely it will be immersed by the next high tide. A lone figure with a small boat is seen departing – perhaps salvaging some last possessions?

The little building was actually photographed in a (dry) paddock alongside the road out to Pambula Beach in NSW. 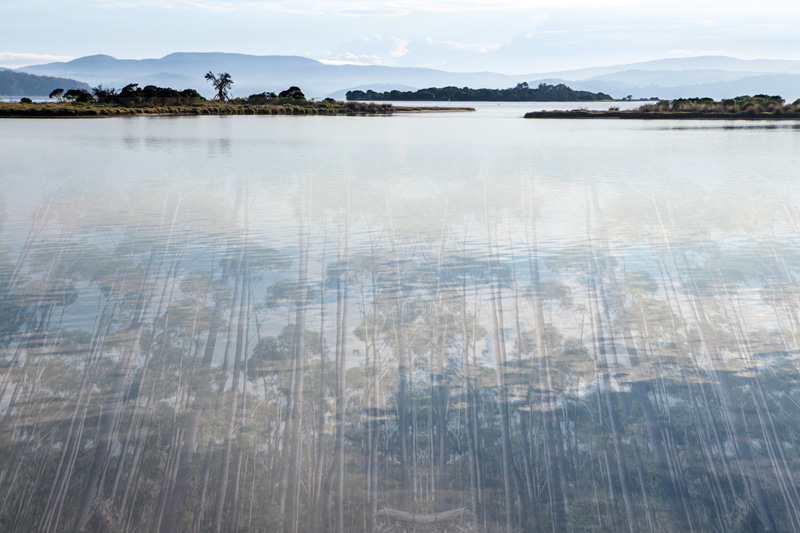 The base photograph was taken in early morning light at Mallacoota, looking westwards across the waters of the inlet.

The photograph of the ‘ghost gums’ was taken along the Broadaxe forestry road through the Southeast Forests, near the Victorian border.

These trees, seen below the water of the inlet appear impossible – credible neither as a reflection or a submersion of a real forest. The perspective is ‘wrong’ in a way that disrupts the viewing of it as a conventional landscape. I wanted the image to evoke a mood with equal measures of serenity, melancholy and strangeness.