Posted on January 27, 2017 by John Boyd Macdonald| Leave a comment

The Lutung Merah (Presbytis rubicunda) is variously known in English as the maroon langur, maroon leaf monkey, or red leaf monkey. It’s unique to Borneo and the neighbouring little island of Karimata. They eat leaves, fruit and seeds. Their bodies only grow to 60cm – but with an extra 80cm of tail attached. Although their range is limited, the species is not (currently) regarded as ‘threatened’. 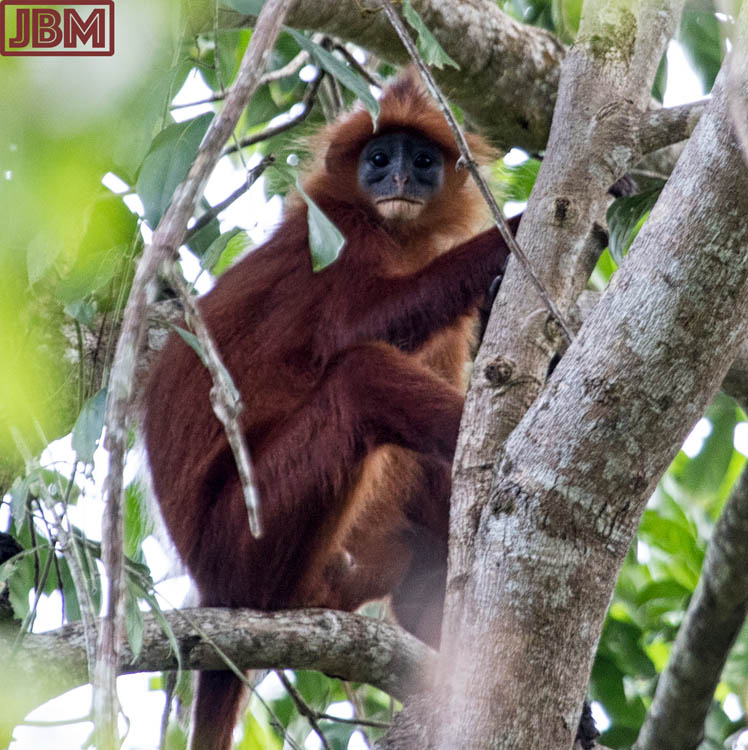 There certainly seems to be quite a few of them at the Kebun Raya Balikpapan, even close to the visitor centre. I’m told that they are just one of 12 species of primates which live in the local forest.