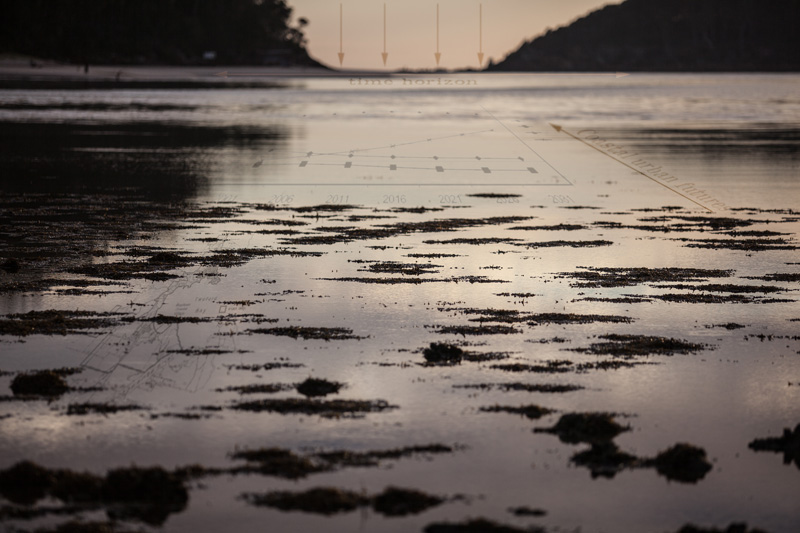 The waters of Pambula Lake join with the ocean through a narrow inlet which runs between Pambula Beach and Haycock Point. There are large shell middens still clearly visible alongside the channel. In the pre-dawn light the still surface of the inlet, spotted with patches of seaweed showing through at low tide, looks as though one could walk across it.

I’ve overlaid the water surface with words and graphic extracted from the final report on South East Coastal Adaptation (SECA): Coastal Urban Climate Futures in SE Australia from Wollongong to Lakes Entrance: a map, a graphs of population projections for the region, arrows and words from the academic vocabulary in which the report is written (“Coastal Urban Futures”, “Time horizon”. The idea was to juxtapose the rhetoric of the report with the physical reality of the landscape. 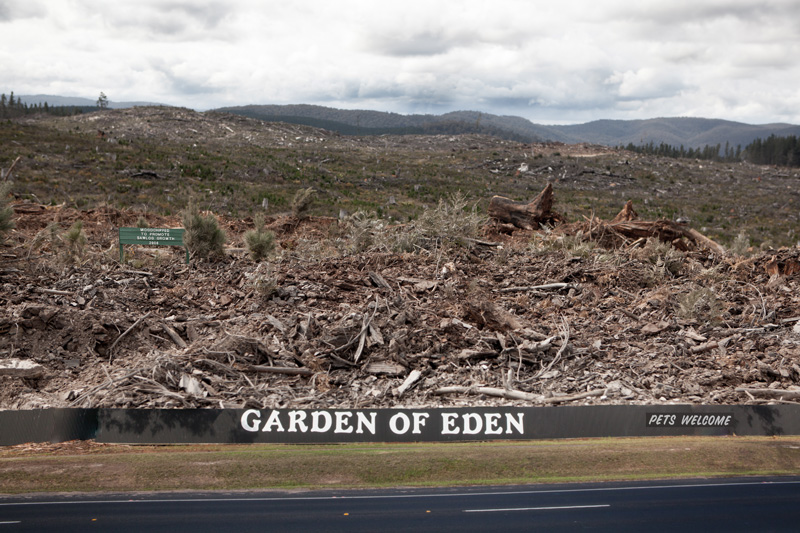 The Garden of Eden

Apart from its biblical importance, The Garden of Eden is a large caravan and camping park in Eden. This marvellously named establishment does indeed have a ‘Pets Welcome’ sign at its gate (though one wonders whether snakes would be admitted).

Inland from Eden, high up in the Southeast Forests along the Coolangubra Forest Road, a different kind of garden is seen in the extensive clearfell logging coupes. I’ve combined the two images to construct a dystopian vision of a paradise.

The green forest sign (“Woodchipped to promote sawlog growth”) has been transported from another, rather more healthy-looking forest location (alongside the Princes Highway), to add a touch of irony.