All the cracks had gathered

Posted on October 11, 2012 by John Boyd Macdonald| Leave a comment 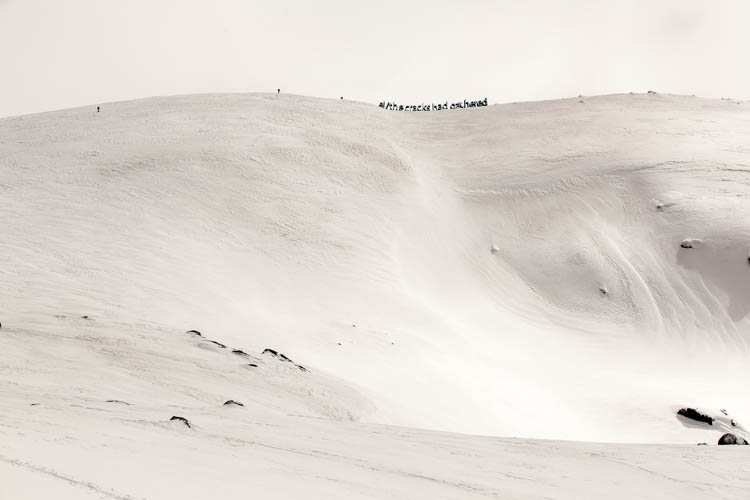 All the cracks had gathered Click to view larger image

Since its publication in The Bulletin in April 1890, Banjo Paterson’s The Man From Snowy River  has come to exemplify the kind of bravery and bush skills that Australians like to identify with – even though relatively few have ever lived the kind of bush idyll depicted in the poem. Although one of the most urbanised nations in the world, the image of the rough, resourceful and resilient ‘bushie’ has always been a core part of the national identity.

Few poems have been as well known and popular, and the first verse is probably known by more Australians than any other ‘local’ poetry:

There was movement at the station, for the word had passed around
That the colt from old Regret had got away,
And had joined the wild bush horses – he was worth a thousand pound,
So all the cracks had gathered to the fray.

For many people it’s also been considered to be a story about and set in the ‘High Country’, though apparently Paterson was thinking of the country around present-day Burrinjuck Dam when he wrote it. (Perhaps this should be obvious, as ‘the man from Snowy River’ was an outsider in the poem.

In this image, I’ve taken a couple of liberties with Banjo’s poem. Firstly, favouring popular misconception over geographical accuracy, I’ve set a fragment of the text into the Snowy Mountains, at the summit ridge of Mt Twynam (second only to Kosciuszko in altitude), seen from the northeast side near Little Twynam. And secondly, the ‘cracks’ are not mounted on horseback but on cross-country skis as they near the summit.