On the Mahakam, coal is king

Posted on September 20, 2017 by John Boyd Macdonald| Leave a comment

The Mahakam River runs right across the province of Kalimantan Timur, from the Muller Mountains of Central Borneo to the east coast, downstream of Samarinda. At 980km, it’s the second longest river in Indonesia (after the Kapuas in Kalimantan Barat). 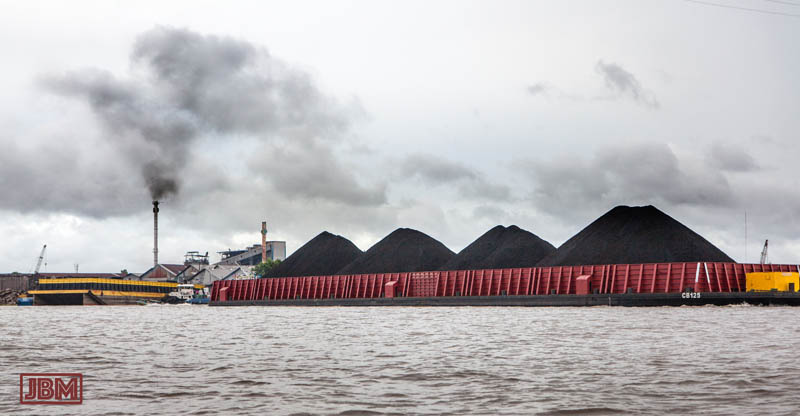 The Sultanate of Kutai Kartanegara ruled over most of the Mahakam River basin from its establishment in 1300 AD. Then came waves of disruption in the form of the Dutch, independence, and trans-migration. There is still a Sultan at the palace in Tenggarong – but nowadays on the Mahakam, coal is king. 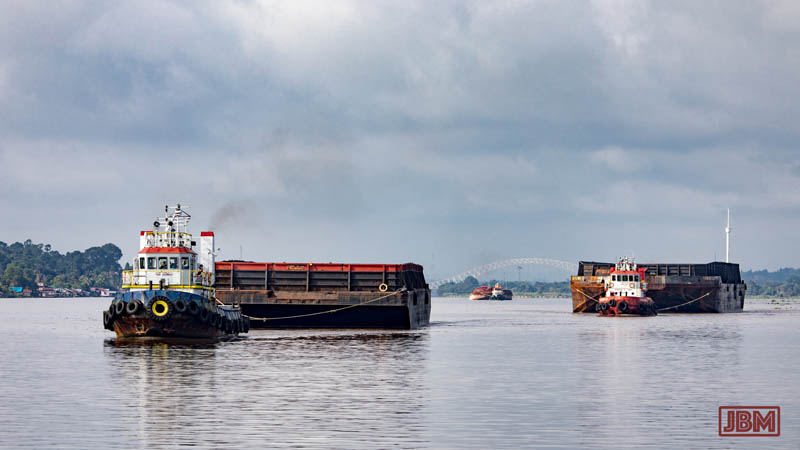 There ís a lot of traffic on the Mahakam which is still, despite construction of lots of roads, a major highway into ‘The Interior’. And a lot of that traffic consists of coal barges. During one recent four-day trip up the river, we must have seen a hundred of them. 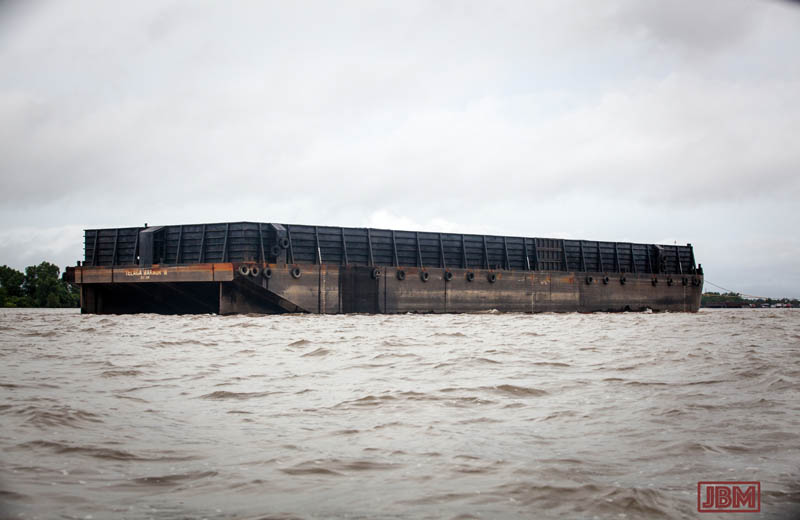 Huge floating steel trays, each one hauled behind a large tugboat. Full barges, low in the water, heading downstream, and empty ones returning back upstream to be refilled. 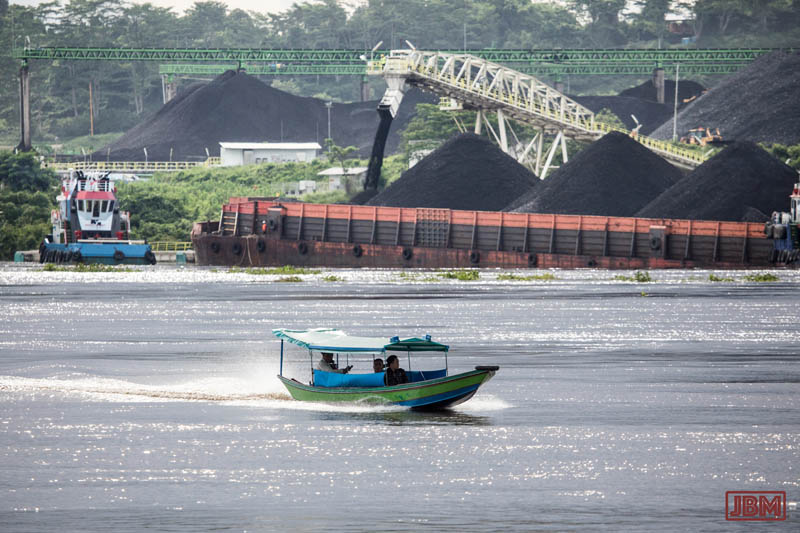 The mining companies truck the coal to the river, where it gets crushed, stockpiled, and then loaded onto the barges. 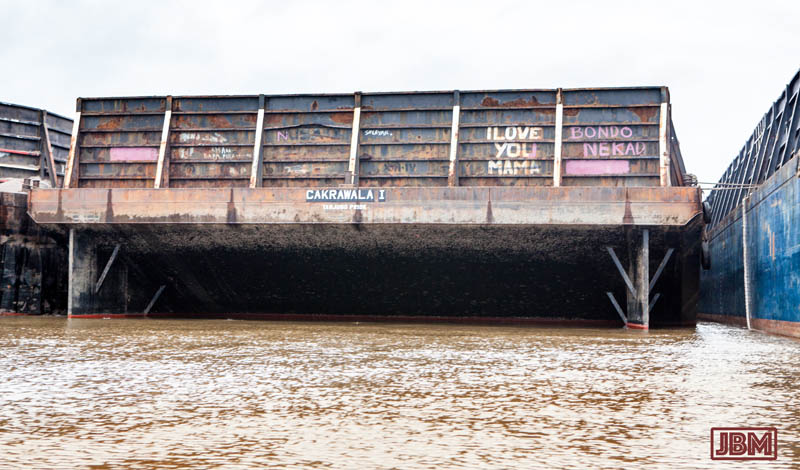 These barges are big. Upriver (upstream of the Mahakam Lakes) they can ‘only’ manage a load of 5000 tonnes, but the downstream barges may carry 7-8,000 tonnes of coal. 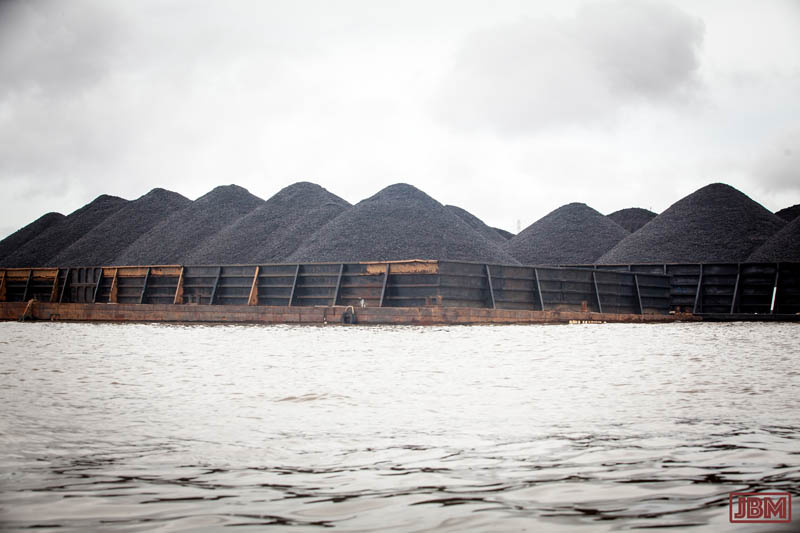 The content of each barge gets loaded onto ocean-going freighters – near the river mouth, at offshore transfer stations, or at the port down here in Balikpapan. Some even gets towed across the Java Sea to Surabaya for local (Indonesian) use, but most is exported – primarily to China, India, Japan and Korea. 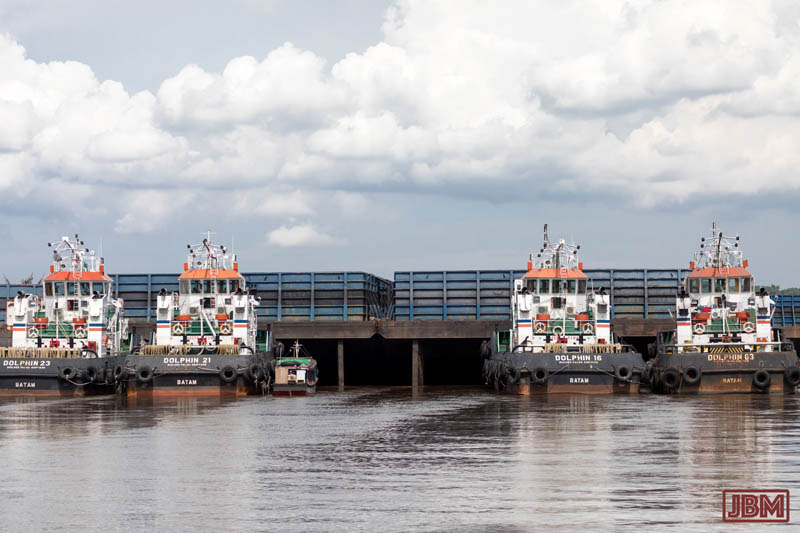 There are dozens of active (and many inactive…) coal mines in the Mahakam basin, often many kilometres distant from the river. The economic benefits of the industry to the local economy are substantial, but the environmental cost is huge. Apart from pumping carbon into the atmosphere when the coal is eventually burnt, the mines themselves scar the landscape, and leaching and leakage contributes the very high levels of heavy metals (cadmium, copper, lead etc) contamination of the once-pristine river. And in its fish, and in those who eat them. 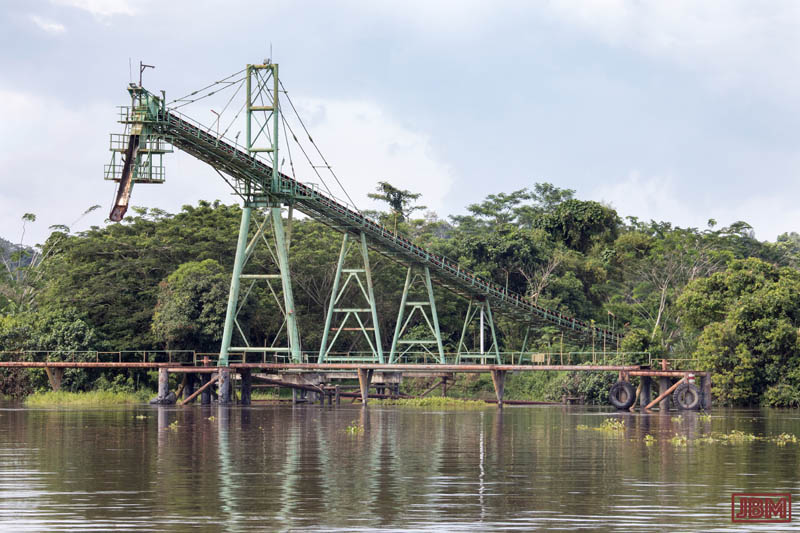 But in 2017, Mahakam coal and oil (the latter industry based around Balikpapan) remain the mainstays of the East Kalimantan economy (although palm oil is of course also big…). Even a moderate drop in the price of ore (as has happened in recent years) leads to the closure of many marginal extraction operations, bankruptcy for small operators, and the inability (or unwillingness) of many companies to fulfil their obligations to remediate the environmental damage they have caused. 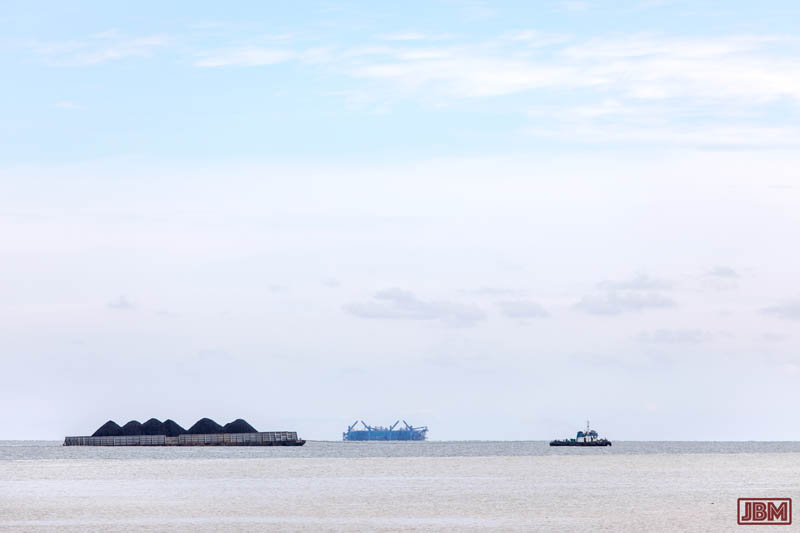 Barges can always be seen heading south down the coast at Balikpapan. From the shore, they could easily be mistaken for little black islands. 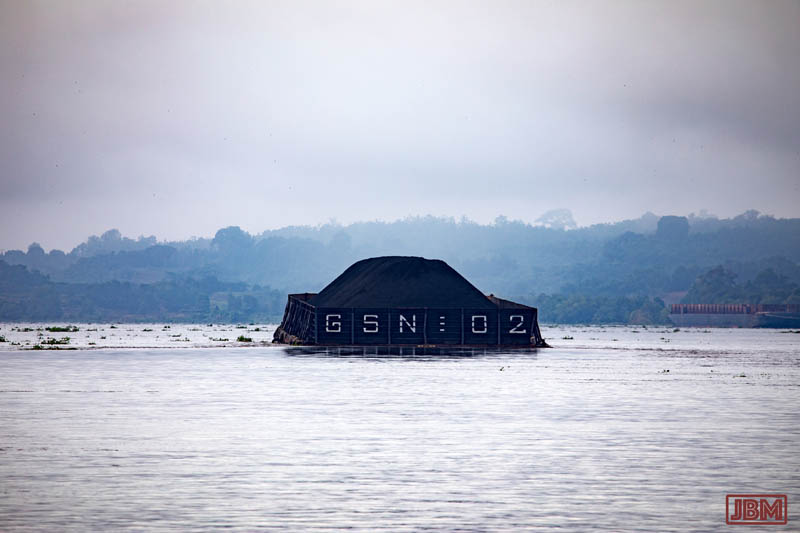