Posted on October 13, 2012 by John Boyd Macdonald| Leave a comment 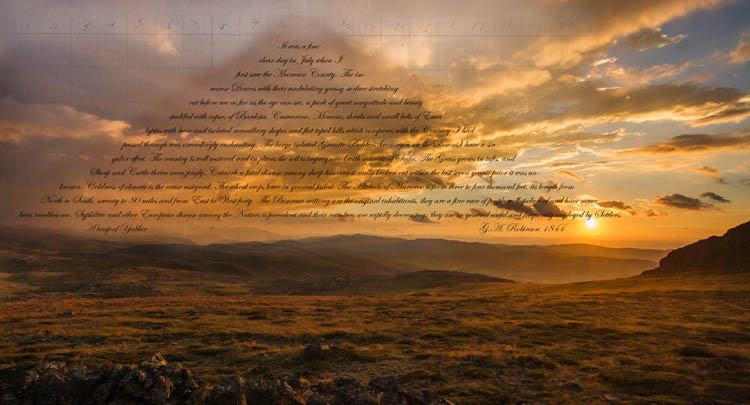 George Augustus Robinson (1791-1866) was a key figure in the story of relations between European and Aboriginal Australians in the 19th Century. He arrived in Hobart in 1824, and from 1829 to 1834 he undertook a number of journeys around Tasmania, ‘persuading’ the indigenous people to move to settlements in Bass Strait, ultimately settling on Flinders Island. He was personally responsible for the Flinders Island settlement from 1836-39.

As described in the Australian Dictionary of Biography, “he first set out to provide adequate food supplies and to improve housing; but his greatest change was to root out Aboriginal culture and to attempt its replacement with a nineteenth century peasant culture.” (http://adb.anu.edu.au/biography/robinson-george-augustus-2596)
We now know the outcomes of that project. He presided (if unintentionally) over a tragedy in Tasmania, and is now a figure of some controversy – whatever his intentions. Described by some as a ‘Victorian do-gooder’, he was very much a person of his time.

From 1839-49, he was ‘Chief Protector of Aborigines’ for the Port Phillip District, during the course of which time he travelled widely, including an 1844 journey up through Gippsland and across the Monaro. The text in this image is an extract from his official report on those travels. In it he records that:

It was a fine clear day in July when I first saw the Maneroo County. The immense Downs with their undulating grassy surface stretching out before me as far as the eye can see, a park of great magnitude and beauty studded with copses of Banksia, Casuarina, Mimosa, shrubs and small belts of Eucalyptus with bare and isolated mamillary shapes and flat toped hills which compares with the Country I had passed through was exceedingly enchanting. The large isolated Granite Bolders (common on the Downs) have a singular effect. The country is well watered and in places the soil is impregnated with munate of Soda. The Grass grows in tufts, and Sheep and Cattle thrive amazingly. Catarrh a fatal disease among sheep has occasionally broken out within the last seven years; prior it was unknown. Coldness of climate is the cause assigned. The wheat crops have in general failed. The Altitude of Maneroo is from three to four thousand feet, its length from North to South, seventy to 80 miles and from East to West forty. The Bimmer mittong are the original inhabitants, they are a fine race of people well spoken of and have never been troublesome. Syphilitic and other European disease among the Natives is prevalent and their numbers are rapidly decreasing: they are in general useful and frequently employed by Settlers.

The American artist Robert Smithson (1938-73) is most well known for his ‘land art’, and for his critical and theoretical writings. In the course this he produced his pencil drawing A Heap of Language (1966), a work of ‘language to be looked at’.

Because I’ve recently been researching both Robinson and Smithson, it seemed somehow logical to connect the two in this image. In the process Smithson’s ‘Pile of Language’ has become ‘A Pile of Yabber’, forming a new mountain amongst the rolling hills south of Jagungal.