Posted on November 9, 2018 by John Boyd Macdonald| Leave a comment

There are over 100 different species in the genus Baccaurea, which are mostly found from Thailand and Indonesia across to the western Pacific. At the Kebun Raya Balikpapan (‘KRB’ – the Balikpapan Botanical Garden) there are 99 specimens from four identified species in the collection, as well as a number of others whose precise identity has yet to be determined.

This one is Baccaurea parviflora Müll.Arg., which is known in Banjar language (along with some other species of Baccaurea) as ‘rambai’. In the Indonesian (and Malaysian) language it’s called ‘setambun’. It’s locally common from Thailand through to the islands of Sumatra and Borneo. 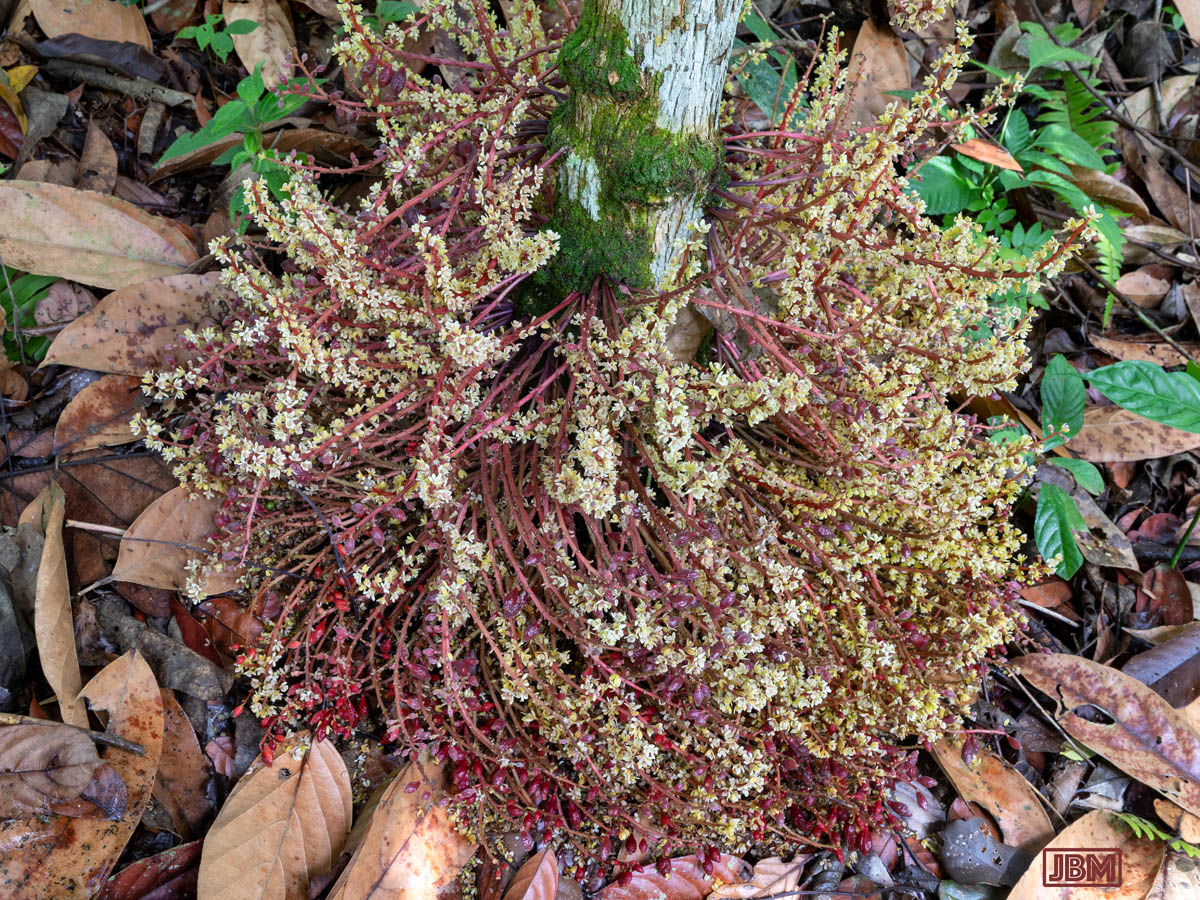 It grows as a shrub or small tree, up to a height to 15 metres, though usually less. So it’s an understorey tree in the rainforest, way down below the height of the big canopy trees, and the even bigger emergent trees. This one at the KRB, which was planted out as an established seedling in 2008, is currently about four metres tall.

The fruit can be eaten, though it’s acidic. Apparently it’s best when cooked. The hard timber is used to make tools and boxes and the like.

There are 15 Baccaurea parviflora specimens in the collection of the KRB, all of which were collected back in June 2006 from the nearby Sungai Wain Protected Forest (Hutan Lindung Sungai Wain). The seedlings were found and brought to the KRB by the esteemed Pak Trisno. 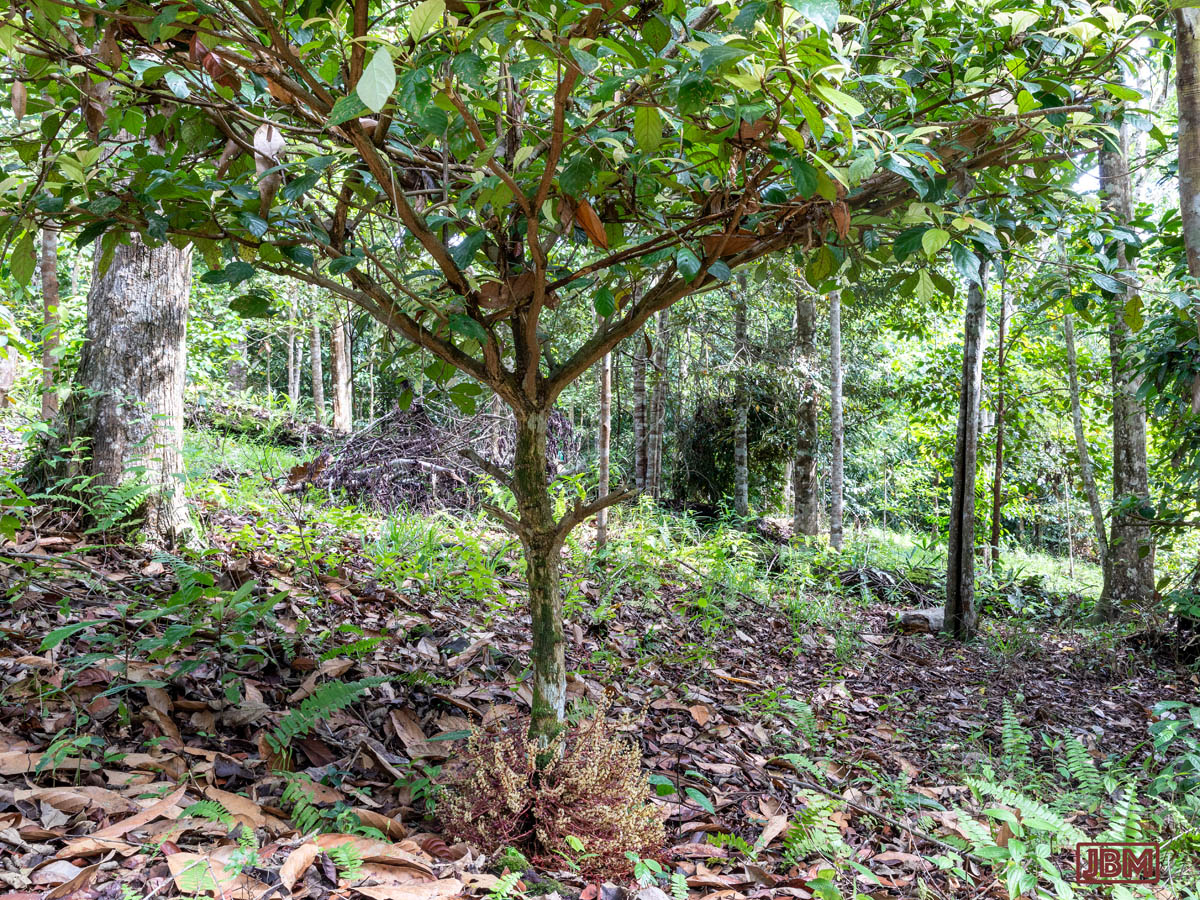 There are a couple of slightly unusual things about this plant. It’s ‘dioecious’, meaning that there are distinct male and female plants, with both (unsurprisingly!) required for pollination and reproduction.

The flowers grow as ‘inflorescences’, directly out of the main trunk of the tree. The flowers of the female Baccaurea parviflora are located just above ground level. 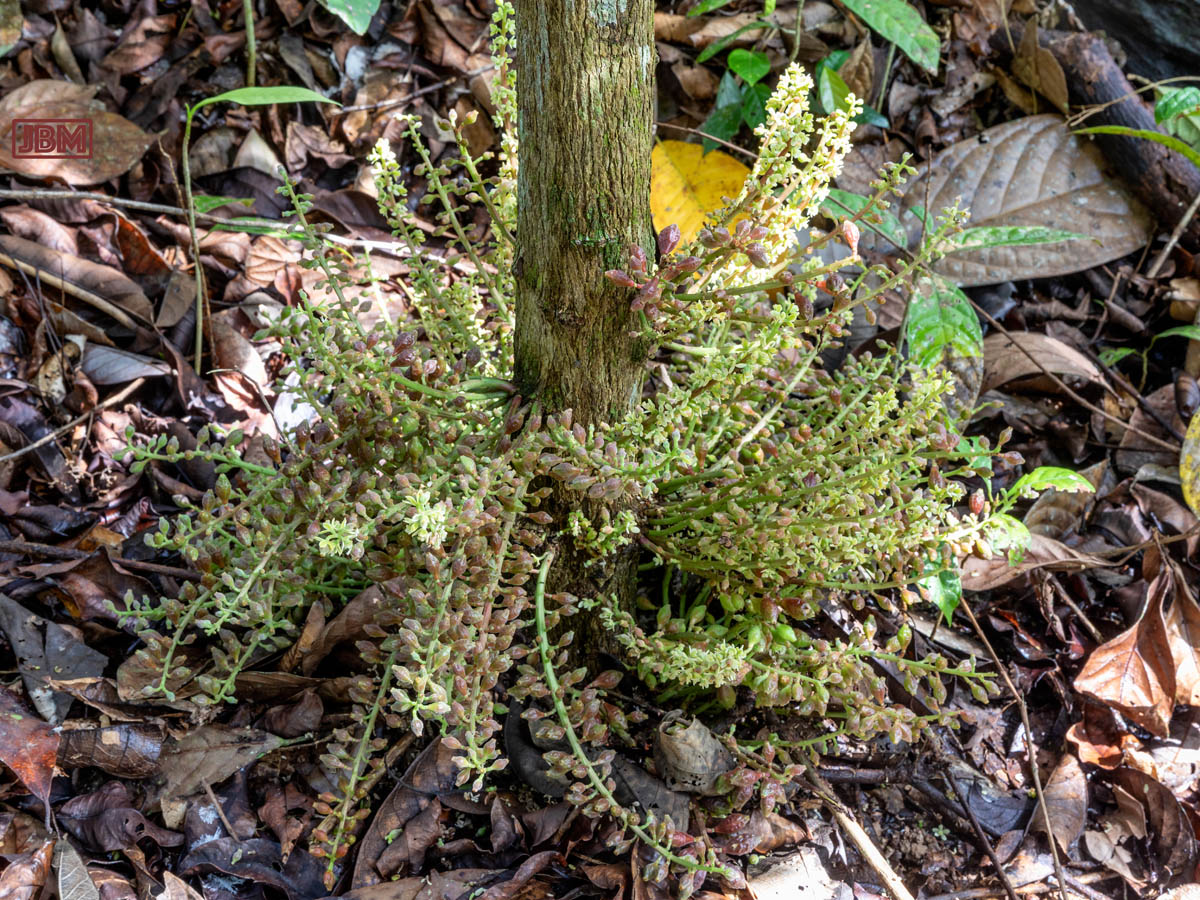 The male flowers also grow on inflorescences, which can appear anywhere on the trunk of the tree. 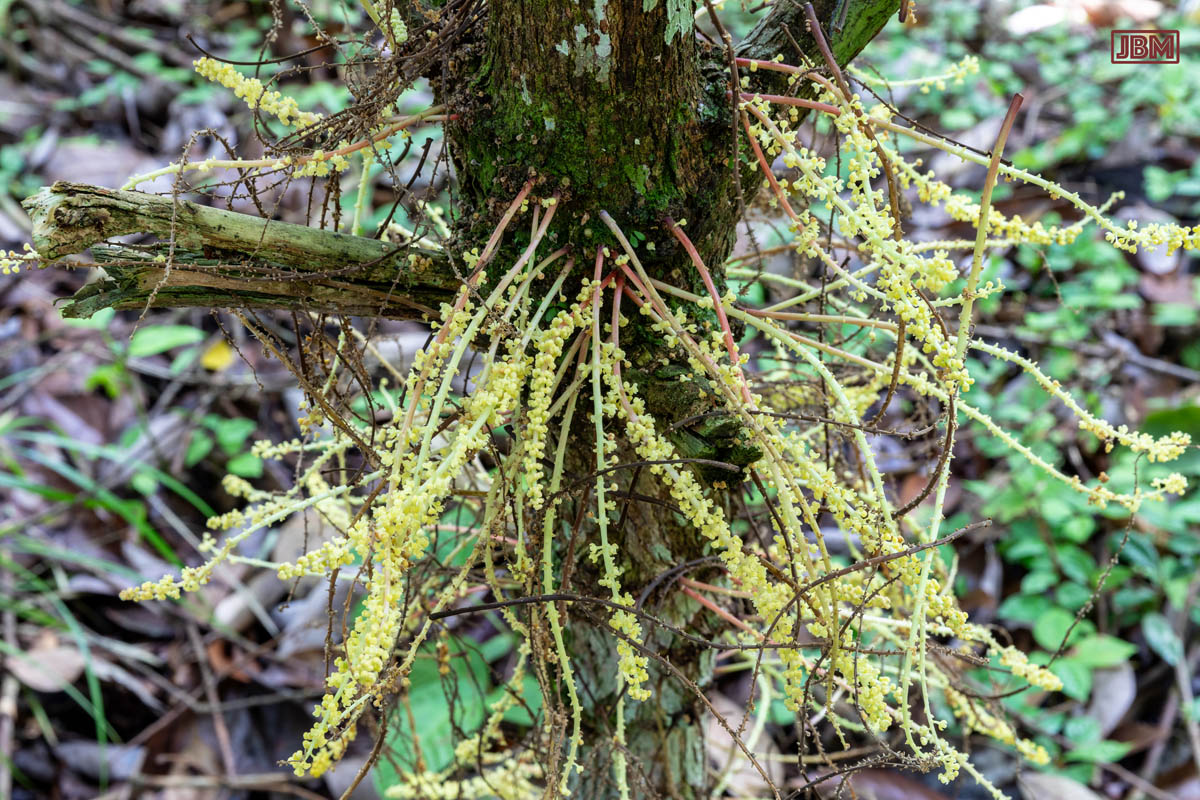 When the dark red berry fruits form, they just lie on the ground at the base of the tree. 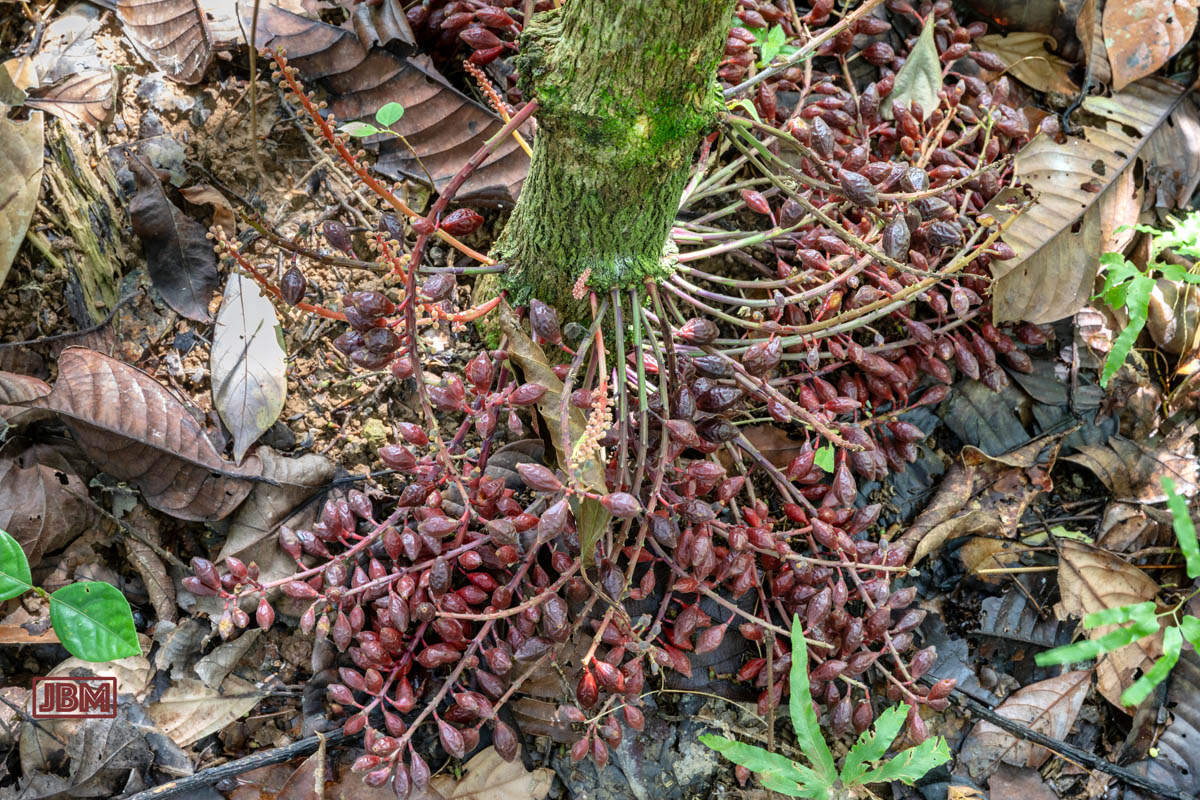 The large and attractively glossy leaves grow singly, and are sort-of elliptical in shape. 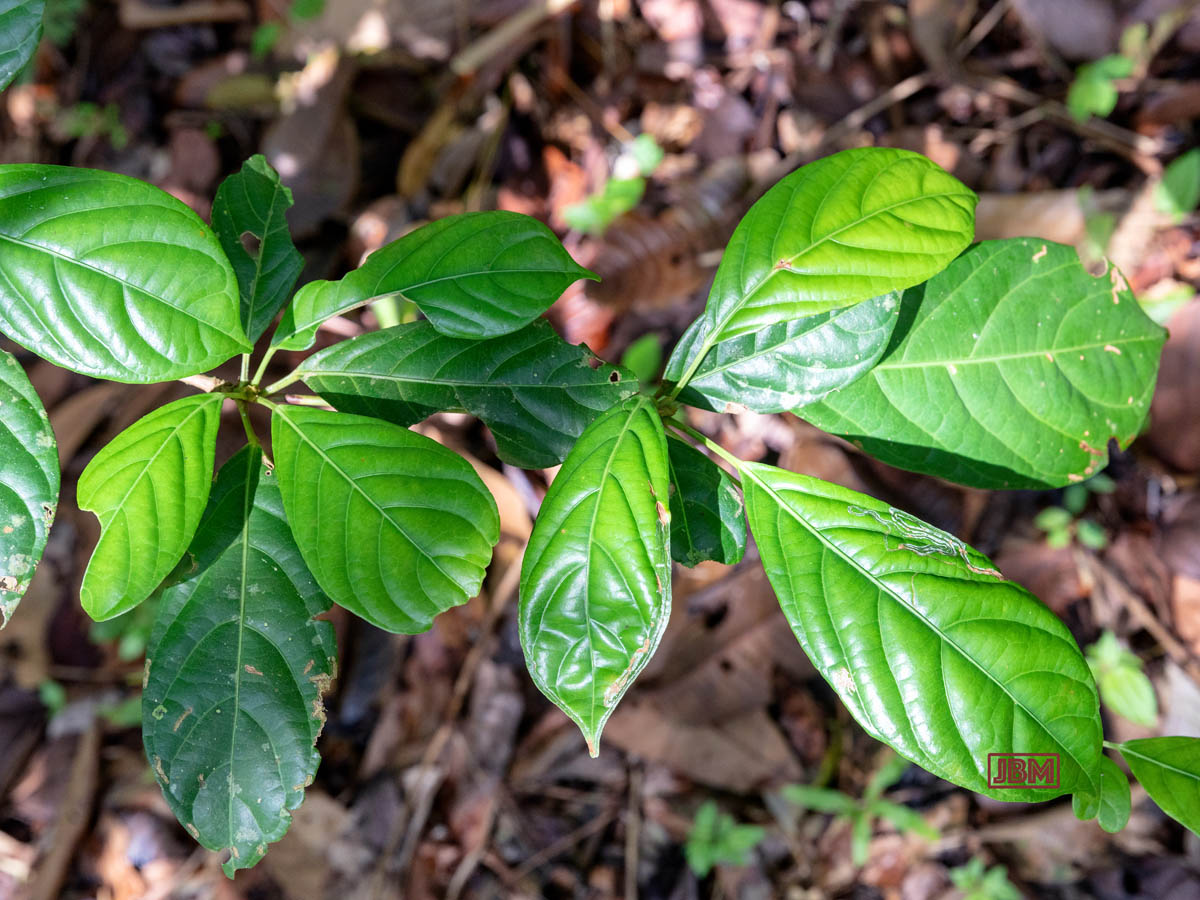