And the Country Was Taken Up

Posted on October 12, 2012 by John Boyd Macdonald| Leave a comment 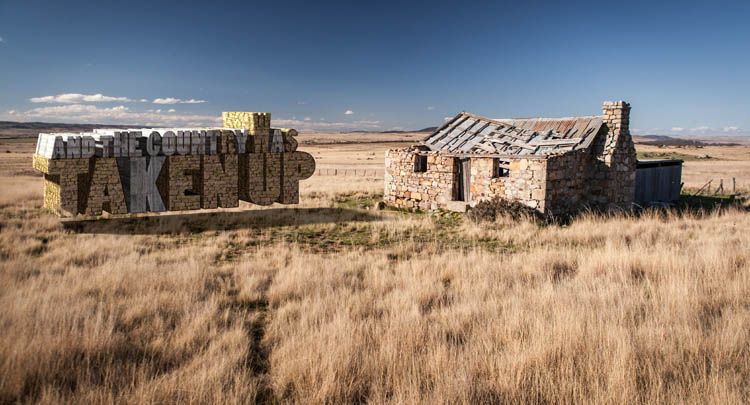 And the Country Was Taken Up Click to view larger image

Kate Grenville tells the story that, when she was in London researching for her novel The Secret River, she had a conversation with writer Melissa Lucashenko. She explained that she was in London looking for information about her ancestor Solomon Wiseman, who “took up land on the Hawkesbury River”.  Lucashenko, who is of mixed European and Murri (Aboriginal) heritage, replied: “What do you mean ‘took up’? He took!”

In Searching for the Secret River (p.28-9), Grenville goes on to distinguish the two expressions:

Writings by and about the squatters, selectors and settlers who moved into the Monaro region from the 1830s onwards frequently refer to them as having ‘taken up’ land. In the early days following European arrival the process was simple. In an 1892 article in the Monaro Mercury Bernard O’Rourke, who arrived in the region in 1834 described how they were guided to suitable land by the local Aboriginal people.

“They ‘would yabber about a big fellow station out there’… and the settlers desirous of increasing their territorial possessions, would implicitly go after them. In the course of a few days or weeks the ‘promised land’ hove into sight, and there the land grabbers pitched their tents and regarded that as ownership of the many acres which appeared to serve as a panacea for their adventures”

In this image I’ve sought to make the notion of ‘taking up’ the land as real and as solid as the homesteads that they built upon it. The ‘text homestead’ hovers a little above the ground, as a little visual pun on ‘taken up’.

The picturesque ruined farmhouse was photographed on the Ironmungy Road south of Dalgety.