Posted on October 3, 2014 by John Boyd Macdonald| Leave a comment

Last week I went north up the (Rungan) river with some of my new workmates to check on the condition of home gardens in the village of Kanarakan, which has no road access. It’s still the dry season, so the river is low, the gardens are currently ‘resting’ (i.e. mostly dead), and the air is always hot and thick with smoke from the burning of forests all over Kalimantan. But it was a great day, really enjoyable and interesting. Very comfortable travelling in klotoks (canoes with outboard motors). Keep the camera dry! 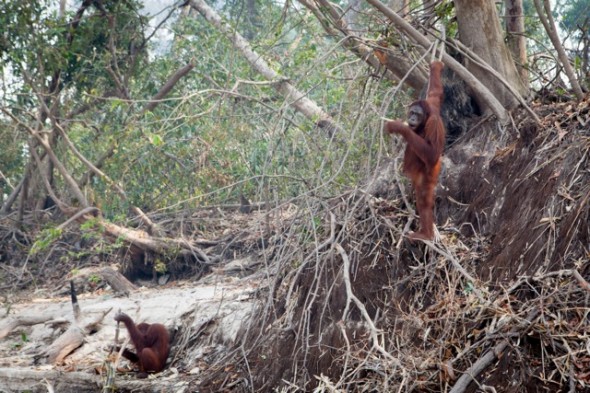 There were monkeys and even a couple of orang-utans to see along the way. The orang-utans live on a large-ish island in the river in a ‘rehabilitation centre’ preparing for later return to the ever-diminishing forests. There are security posts across the river from the island to ensure that they don’t get disturbed by visitors or hunters.

The only human signs of life along the river were a few fishermen, and a lot of the floating gold-mining dredges. Most (all?) of the mining platforms are unlicensed (illegal) and they use mercury to extract the gold from the sediment. They leave big piles of sand where they have been working, and they are a major reason for the declining health of the river systems here. 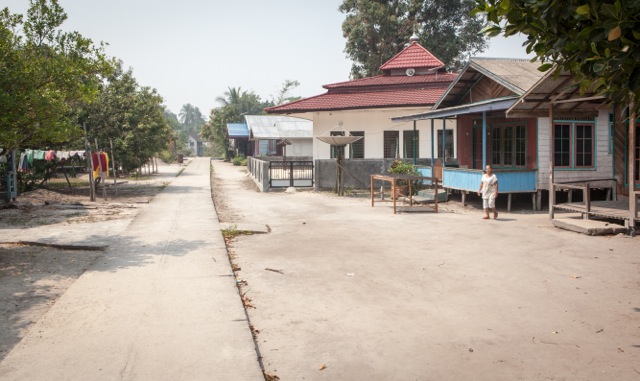 The village of Kanarakan consists of just one road along the riverbank, no cars and only one or two motorbikes all day while we were there. It’s a mixture of Dayak (Protestant Christian/traditional Kaharingan religion) and Javanese Muslim people. Across the road from the masjid is a church, with a Dayak spirit-house next door to it. The 300 or so villagers get a meagre living from the river (fish or gold mining) or the forest, where they collect rattan and some kind of wood that they tell me is used in Chinese cosmetics (?). I read somewhere that 93% of the people in this district live on less than US$2 per day. 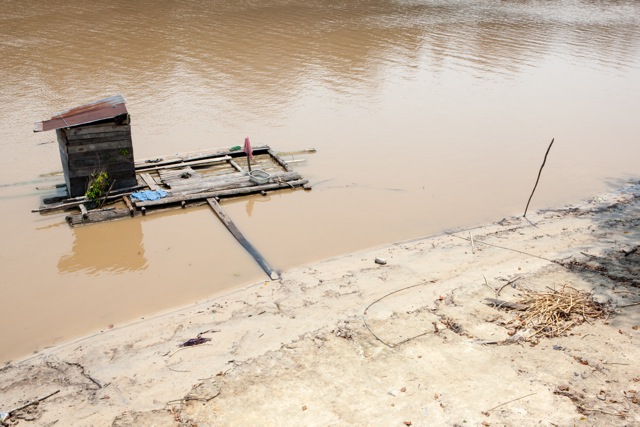 Every house has a floating platform down on the river. It’s where they moor their klotoks, bathe, do the clothes washing and, in the little floating outhouse which is missing a plank in the middle, go to the toilet. That’s a pile of the Chinese cosmetic wood in the lower right of the picture. 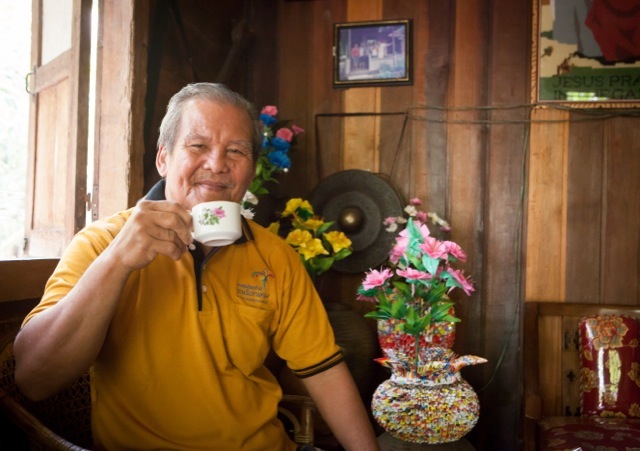 We were invited in to have coffee with the kepala desa (village head), the warm, gentle and talkative Pak Anden. His coffee is grown out the back of his house, and he flavours it with a mixture of six spices, including ginger, cloves and cinnamon (I forget the other ingredients, but it was very nice…) When I told him where I came from, he said (in Bahasa) “Oh yes, I have had other visitors from Australia”, and got out his photo album with photos of Harry Jenkins and Bronwyn Bishop when they were there on a parliamentary delegation a few years ago. Sometimes the world feels too small. 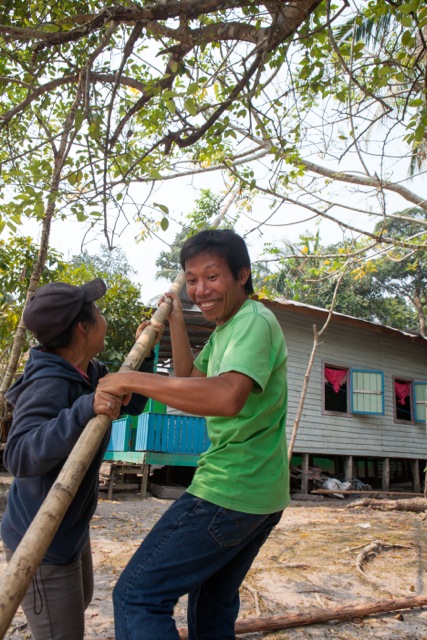 We had a hot but easy amble around the village gardens, most of which have nothing growing as everyone waits for the start of the wet season. The gardens are located about 10 metres above the river level, so any water for the gardens has to be carried up in buckets. There is a project under way to construct some water tanks, and the village should have road access within the next year or two. At one point Sumarlan and Erna got a long bamboo pole to collect some kedondong (ambarella fruit) for me to take home for Karen. 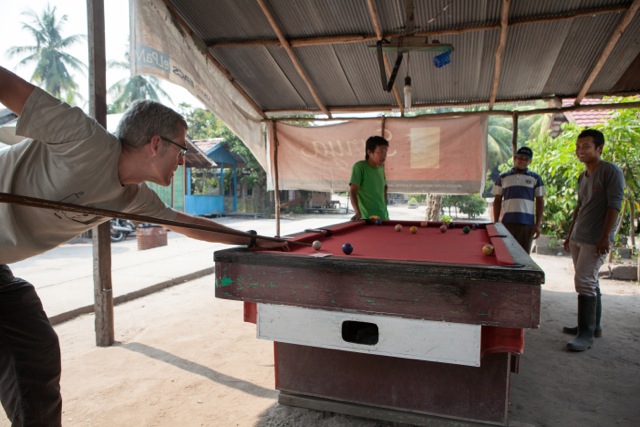 After lunch and some more garden inspections, we had time for a few games of ‘billiards’ (though it was really pool, with a half-size cue ball). Each player chooses four playing cards from a deck, and then has to sink the balls that match their cards. I won! (Now they want me to join them for volleyball…) 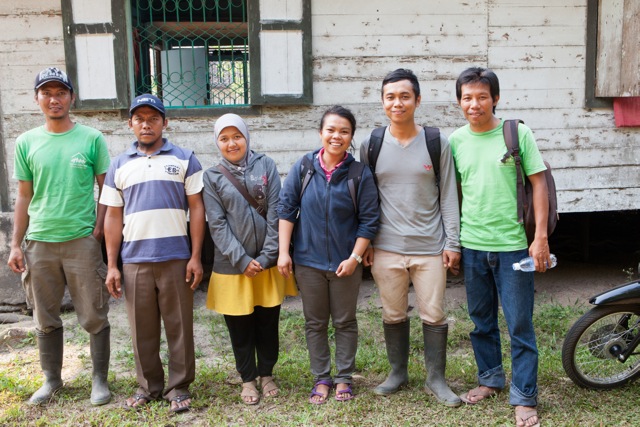 Some of my new workmates – Joko, Agus, Erna, Memey, Novi and Sumarlan. A great team, friendly, generous, and all good workers too, doing really worthwhile stuff. The ‘Agro’ team are helping to establish home veggie gardens, teaching nutrition and cooking skills, and experimenting with fish-farming, worm culture, compost recipes and ‘integrated pest management’. Other parts of the YUM organisation are running after-school classes and library services, and a vocational training centre (computing, sewing and English language classes). More about the workplace and the various projects at a later time…