Some of my old pictures released back into the wild

Posted on September 16, 2012 by John Boyd Macdonald| Leave a comment 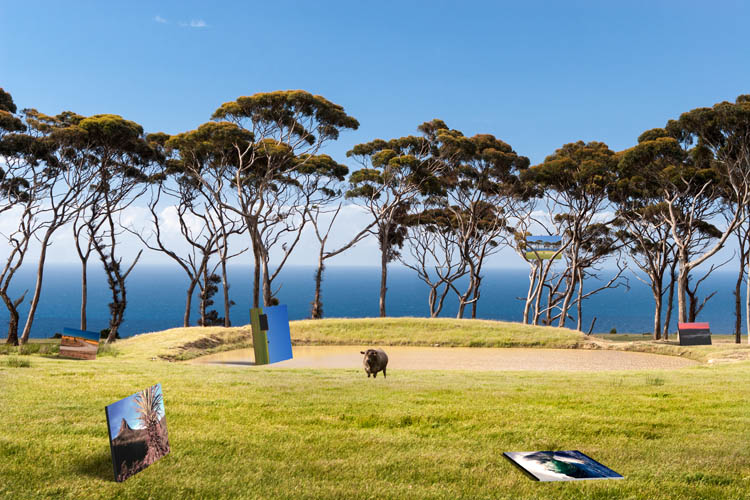 A whimsy. We talk of photographs as being ‘taken’ or ‘captured’ by the camera. With this image I wanted to take the analogy a little further, imagining the captured images as wild creatures, trapped in their native habitats, transported and secured away in some form of photo-zoo.

In my case, the zoo is digital storage inside a computer, a dark airless confinement with no-one even looking at them, huddled up with a crowd of their fellow creature-images. (Perhaps the analogy could have been with a live sheep export vessel, or battery hens?)

I fancied the thought of liberating some of the imprisoned images, and watching them frolic out into freedom back in the wild. The bull, itself a tamed creature, looks on impassively, unsure of what to make of it all.

The base photo was ‘captured’ on the north coast of Kangaroo Island. For a little bit of self-referentiality, one of the newly released images (now perched up in a tree) is that of the original scene itself.

The digital images are presented as having assumed physical form, attained materiality (“just like photographs used to have in the good old days of film and print”. The irony of course is that this representation is itself a digital image…

(* As an alternative title, I had considered a twist on the old Sierra Club motto i.e.: Take only footprints; leave only photographs)