Posted on September 26, 2012 by John Boyd Macdonald| Leave a comment 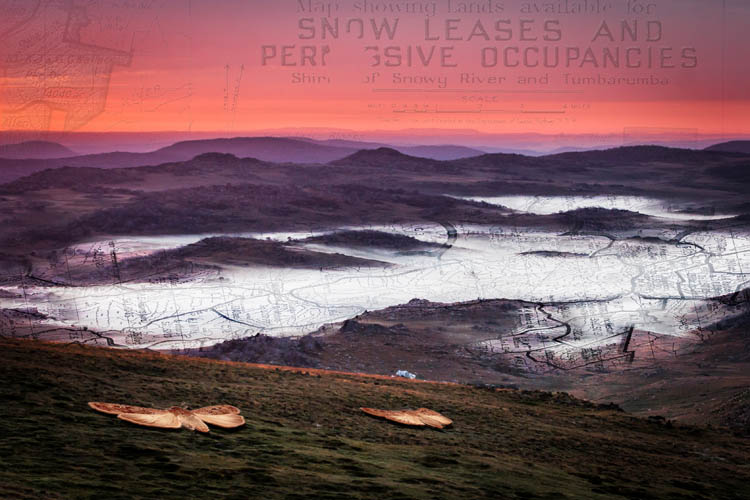 The area around Mt Jagungal is now a designated wilderness zone within the larger Kosciuszko National Park. According to the Environmental Defender’s Office, “Wilderness areas are usually large, remote and undisturbed areas, generally unchanged by humans and their works or areas that are capable of being restored to such a state.”  No construction, commerce, vehicles, hunting, etc is permitted.

But the land still bears traces of previous human activity. For those who know where and how to look, there is evidence of the visits by indigenous people from several surrounding language groups. They called Jagungal “The Big Bogong” because of the masses of Bogong Moths that were consumed there during summer months.

The area was later used for summer grazing of stock, with many thousands of animals (mostly sheep) brought up to the ‘High Country’ from the surrounding lowland farms, and even stock sent on agistment from properties in distant western New South Wales. The land was allocated through auction of ‘Snow Leases’ to individual farmers and pastoral companies, from around the 1890s through to the 1940s (and ’50s in some areas). Through this period, from late November until about March (depending on the arrival of the first snows), the region was filled with the stock and stockmen who looked over them.

The evidence of those times is still visible in the small number of huts which are still maintained as emergency shelters and/or cultural heritage, and the many which are not maintained, and now collapsing and slowly returning to the soil.

Fenceposts, decaying stockyards, overgrown tracks (with some maintained as fire trails), culverts, chimney stones, bits of tin and wire, even broken bedframes and rum bottles can still be seen at many places, though blending back into the ‘wilderness’ a little more with each season.

This photo was taken at 5:29am on 3 February 2008, when I was camped just below the rocks of the Jagungal summit. The aspect is down to the southwest, with early fog starting to lift from the frost hollows below. The overlays show detail from a 1940s snow lease map of the area.