Posted on January 10, 2019 by John Boyd Macdonald| Leave a comment

At the Kebun Raya Balikpapan (Balikpapan Botanical Garden), five different species of Mimosa have been identified.

There are over 400 species of Mimosa worldwide, most of which originate in South and Central America. But many of them are now found in tropical regions around the globe. They generally tolerate a range of conditions, thrive in disturbed areas and poor soils – and in many places have become a serious problem as invasive weeds. 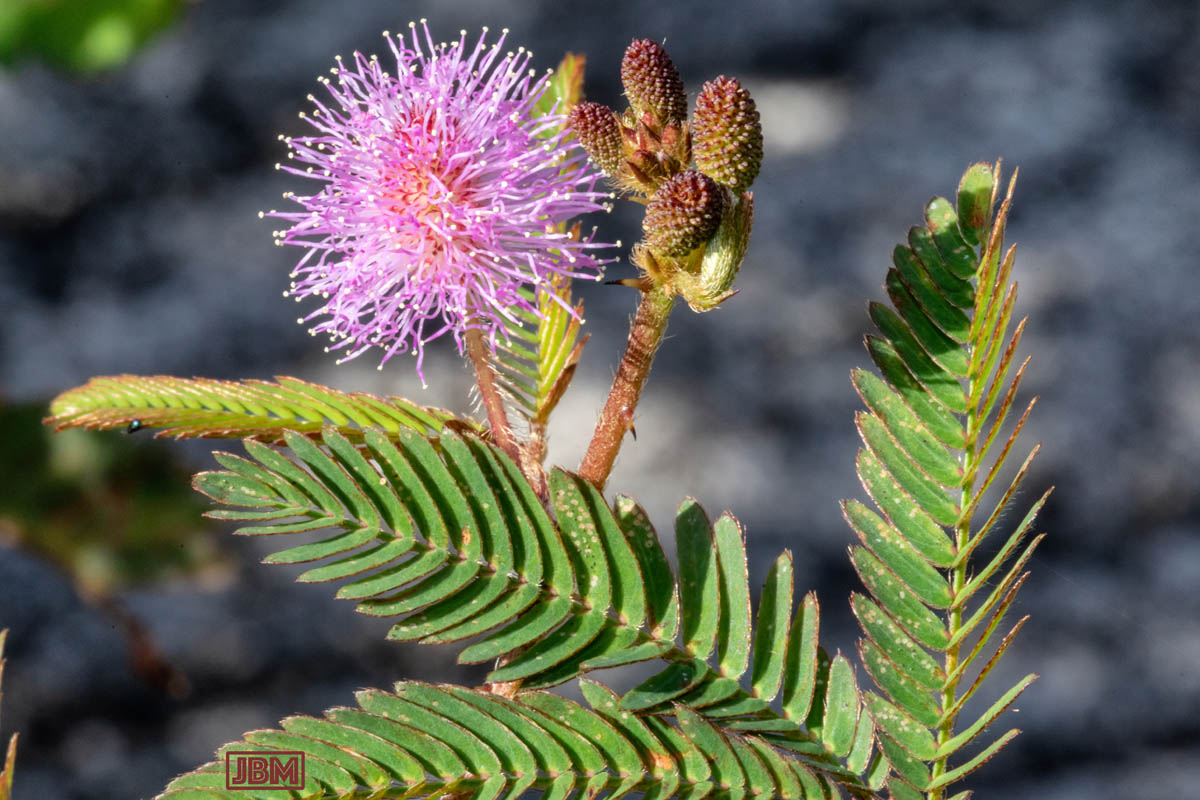 Mimosa, particularly the low creeping Mimosa pudica, is locally known as Putri malu – the ‘Shy princess’. In fact this matches the Latin ‘pudica‘, which also means ‘shy’ or ‘bashful’. The plant has this name because of its sensitivity to touch. The compound leaves retract, fold up and droop instantly when touched. Presumably this has evolved as a defence against predation. After a few minutes the leaves once again become open and erect.

It likes open, sunny positions and prefers relatively poor soils. Children of course have great fun playing with the Mimosa pudica plants, making their leaves do the bashful trick. 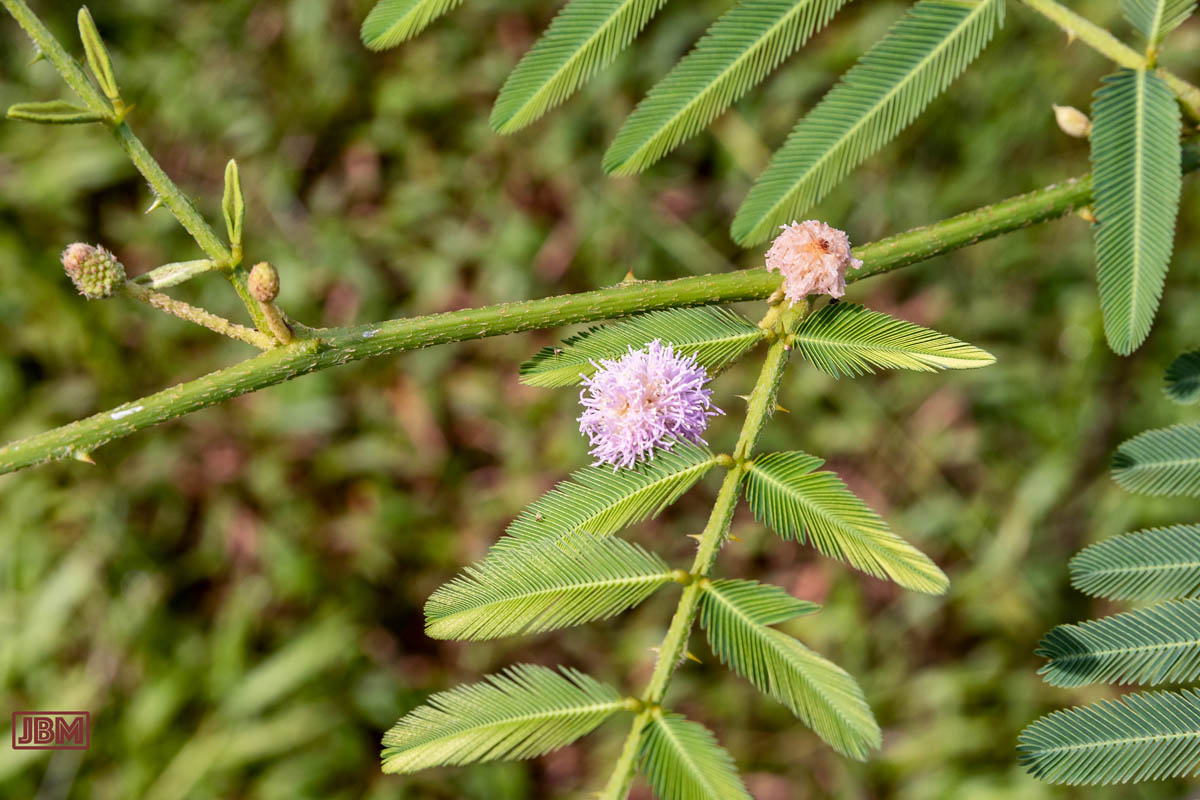 Mimosa pigra has flowers which resemble those of Mimosa pudica, but the plant is much taller. Indeed it can grow up to several metres tall – though those at the Kebun Raya Balikpapan are less than two metres in height.

Its stems have sharp thorns between the leaf junctions. Like the other Mimosa species, the leaves are sensitive to touch, and also curl up at nighttime.

Mimosa pigra is included in the list of the ‘world’s 100 worst invasive plant species’. In Australia, one of 20 countries where it is known to grow, it is a declared ‘noxious weed’, and boasts a number ten ranking in the list of ‘Weeds of National Significance‘. 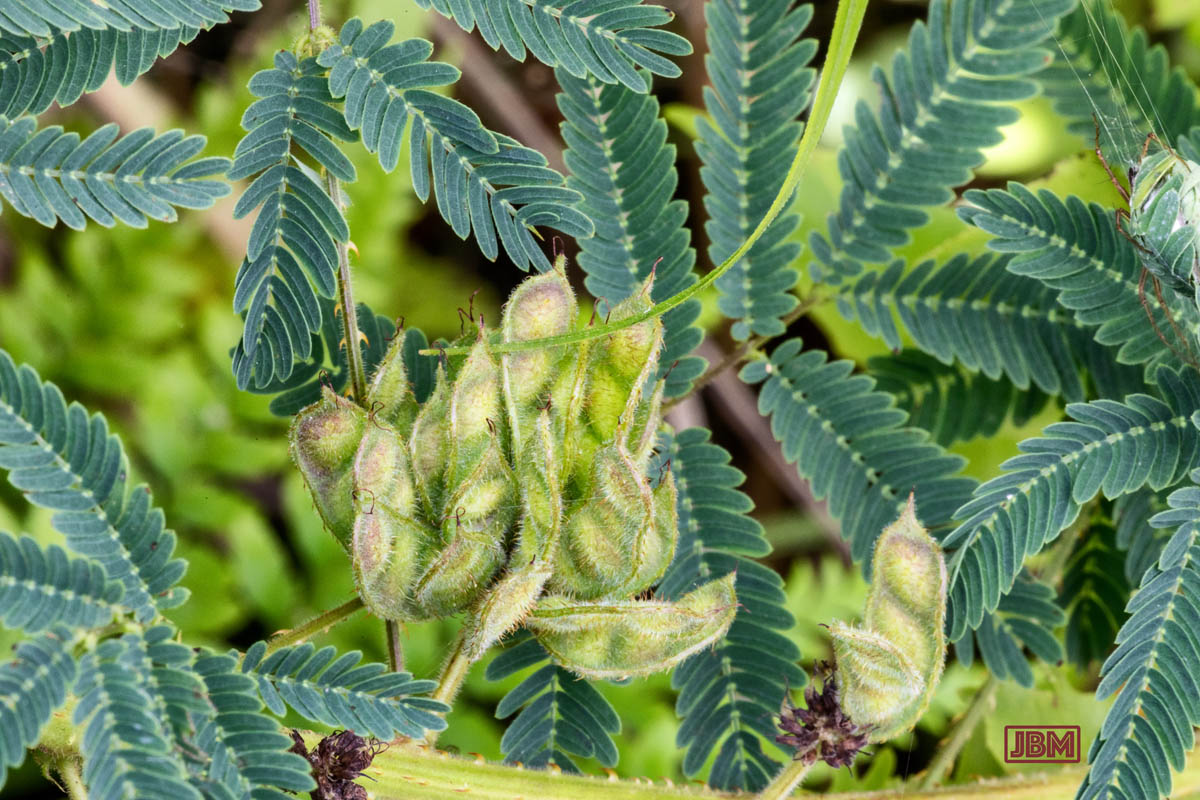 Mimosa diplotricha is known in English as the ‘Giant sensitive plant’. The globular flowers develop into a tight cluster of seed pods. The seeds inside are adept at sticking to fur or clothing and so are easily spread.

It’s another virulent invasive plant, also originally from South and Central America, and was first seen growing in Indonesia (Java) around 1900. It has now spread to tropical areas worldwide. 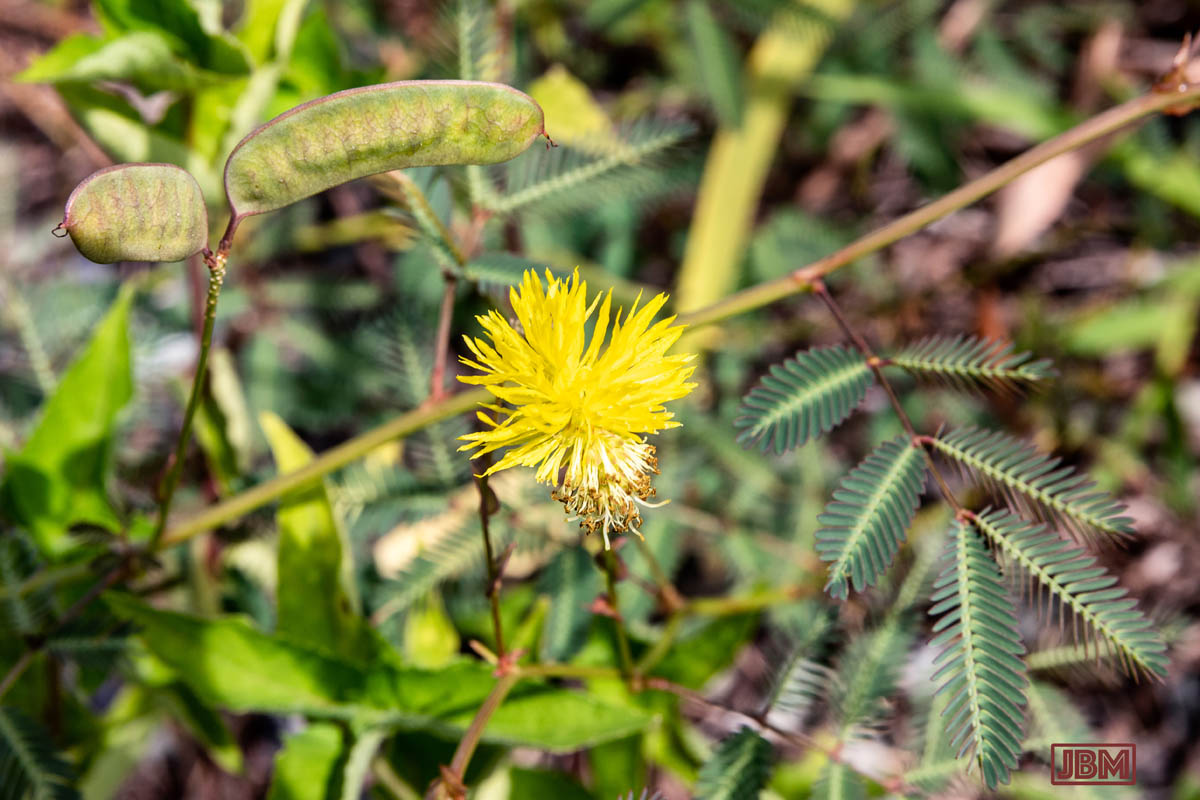 This Mimosa has not been positively identified, so let’s call it Mimosa sp. It is a little taller and more ‘lanky’ than M pudica, and has bright yellow blossoms. The globe-shaped flowers of Mimosa are actually clusters of up to 100 tiny separate flowers all growing together.

At the Kebun Raya Balikpapan, it may be found in or near the same situations as M pudica. 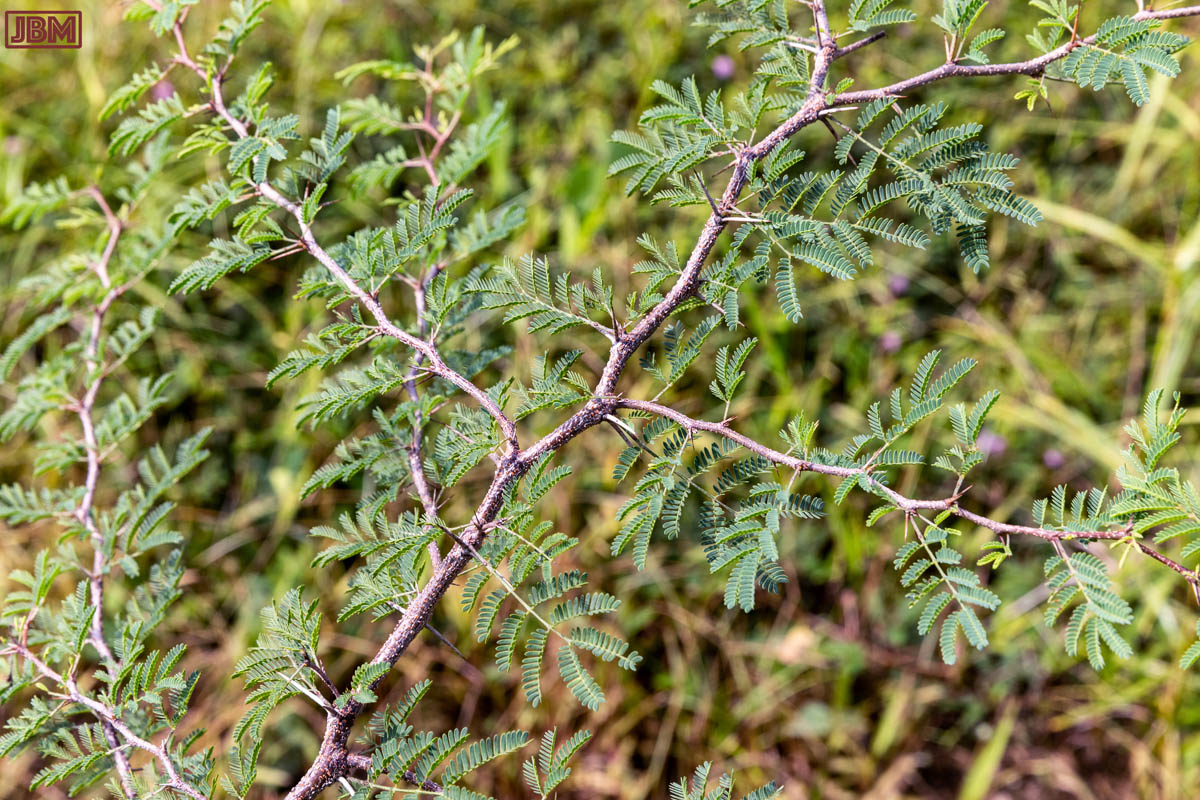 The fifth species at the Kebun Raya Balikpapan is also (as yet) unidentified – so it’s another Mimosa sp. It has only recently been discovered there, and hasn’t yet been seen to flower.

It’s characterised by its relatively stout woody growth, the slightly zig-zag shape of its stems, and the long and very spiky thorns along the stems.